If you use a ceiling fan with lights, then there is a chance that you might face an issue where you might feel that the light isn’t as bright as it used to be.

Then you have come to the right place. As in this article, we will break down everything you need to know about how to make ceiling fan light brighter.

Here are the steps that you can take to make your ceiling fan light brighter than its current state:

Step 1: Start with Your Brightness Controller or Remote

Most of the ceiling fans that come with light also come with a remote that acts as the brightness controller for your fan’s light. Most of the time, when you are facing a low brightness issue with a newly bought ceiling fan, it probably can be fixed with the remote.

So, check your remote and find out whether or not the brightness settings are maxed or at the default settings. There is also a reset button on these remotes. Therefore, make sure to turn up the brightness to max. If your fan remote is not working, then that can be another issue.

Step 2: Change the Light Bulb of Your Ceiling Fan

If you can’t fix the brightness issue with a remote control, then you might have to change the light bulbs in your ceiling fan to get brighter light. Now, the question you might face is can you put a brighter bulb in a ceiling fan? Well, the answer is yes.

The brightness of a light is measured on the Kelvin scale. Most of the lights that come with your ceiling fan produce a rough amount of 3000 kelvin. But you can increase that amount by putting in a 5500 kelvin light bulb in your ceiling fan.

That being said, it isn’t necessary to put a higher brightness bulb as when bulbs start to die out, their natural brightness starts to drop. So, if you are using a ceiling fan that has been used for a couple of years, then it is highly likely that the kelvin amount is below 3000. So, replacing that light bulb with an e-26 bulb will do just fine. Just go to the nearest hardware store and get some for yourself.

You can also measure the brightness on lumens. 250 lumens are the lowest brightness setting that you can find on a LED light, and 2600 lumens are the highest. But there are light bulbs that can produce a higher level of brightness than that, but they also come with a high wattage requirement.

Step 3: Clean the Light Cover of Your Ceiling Fan

If the light cover of your ceiling fan is covered with dust and dirt, then light won’t be able to come out properly. So, cleaning the protective globe will definitely increase your brightness. This is the simplest solution to the question of how can I make my light fixture brighter.

When cleaning the light cover, make sure the fan is turned off. You don’t want to immediately start cleaning as you need to let the surface cool off a little bit.

Although this isn’t the case for many ceiling fans with lights, some fans come with a black box which is regarded as a current limiter or wattage limiter.

It does exactly what it’s named after. It cuts off when there is an excessive amount of current flowing via your fan’s circuit and limits them. Most of the time, it limits the wattage to 190 watts. So, unless you are using light bulbs that exceed 190 watts which is higher than 2600 lumens, you will be fine.

These are the solutions that you can use to make your ceiling fan brighter. Be aware that different models of fans have identical features but are accessed differently. So, make sure to take a look at your fan’s manual before tinkering!

Having a ceiling fan with attached light is a great feature and can save additional costs of purchasing lights for your room. That being said, if you don’t know how to make ceiling fan light brighter, then you might regret purchasing them.

But if you have come this far of the article, then you already know how to brighten your ceiling fan light. So, best of luck on your journey with a ceiling fan with light bulbs. Although Hunter fans are very reliable, there can be times when users will have issues with their remotes. This can cause difficulty and can prove… Key Points: Hampton Bay ceiling fan comes with a light fixture. So, an additional wire is found in such fans. Due to the extra fixtures… When you purchase a ceiling fan light, you’ll see the label that has the rate of maximum wattage to use a bulb before installing. For… 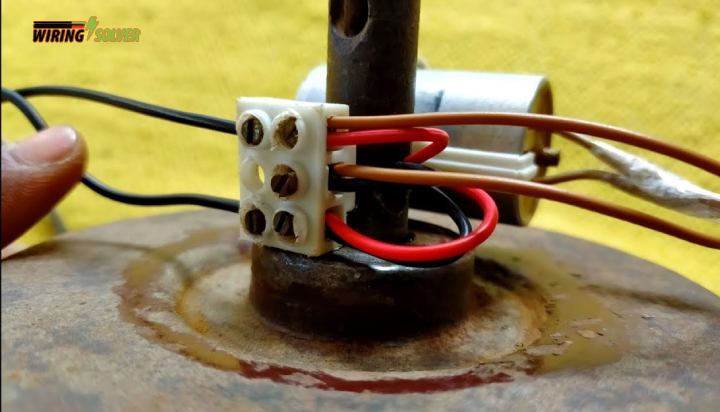